The Birds of Wales (Adar Cymru) 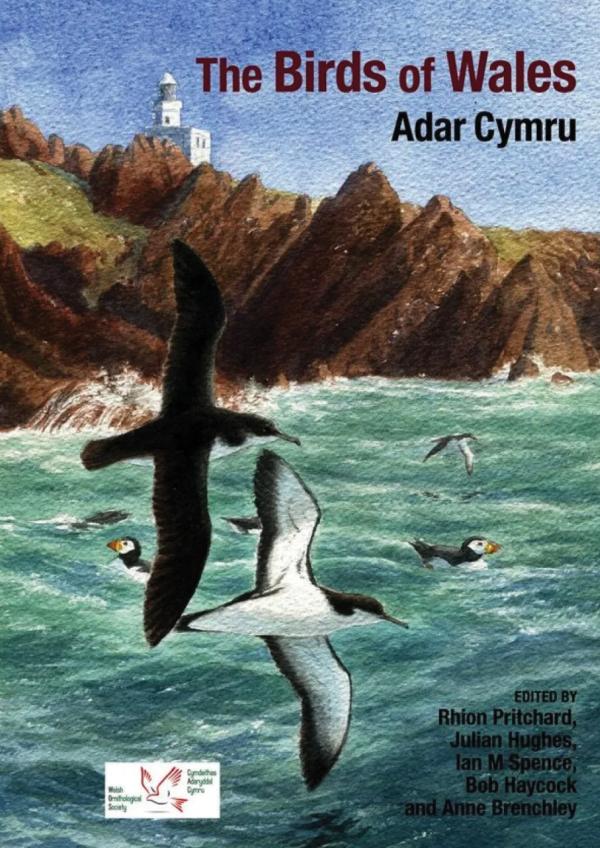 This superb book is another in the series of excellent avifaunas produced by Liverpool University Press. It is a worthy successor to the seminal Poyser volume, Birds in Wales (Lovegrove, Williams & Williams 1994). It’s been a long wait for the update.

After the preliminary papers, including a Preface written by the authors of Birds in Wales, the first 41 pages of the book comprise a series of chapters: The land, seas and birds of Wales; Bird recording; Bird conservation; Bird trends; What has changed for birds in Wales?; and Future prospects. Their titles are self-explanatory – each is an erudite essay addressing aspects of the topic and illustrated with excellent habitat photographs (enhanced by the large format of the book), clear maps and tables.

As is customary, the bulk of the book is taken up with species accounts, which run to 505 pages. The introduction to this section includes explanations of how records have been judged for inclusion in the Welsh List, changes in recording areas, the calculation of population estimates for breeding birds, and a summary of information sources.

All the species accounts have a header with the English, scientific and Welsh names, and a table showing the species’ categorisation on the Welsh List and the IUCN Red List, as well as the Birds of Conservation Concern status for the UK and for Wales. The last is excluded for rarities. Species monitored by RBBP, BBRC and the Welsh Birds Rarities Committee (WBRC) are also indicated. The text for each species opens with a concise description of its world range, habitat requirements and behaviour followed by its history in the UK. This is followed by detailed information about each species’ status in Wales.

Wales is important for a whole range of breeding birds. It is these that have received the most detailed treatment, including available historical information as well as recent data. Thus, we can read about the fascinating story of attempts to conserve the population of Red Kites Milvus  milvus in the first half of the 20th century, and the species’ eventual success, and the fluctuating fortunes of a variety of other raptors such as Northern Goshawk Accipiter gentilis, Hen Harrier Circus cyaneus and Merlin Falco columbarius. Wales holds internationally important populations of seabirds, including Gannet Morus bassanus, Manx Shearwater Puffinus puffinus and Puffin Fratercula arctica, which are concentrated on offshore islands such as Grassholm, Skokholm and Skomer off the Pembrokeshire coast and Bardsey off the Caernarfonshire coast. For the Puffins, fluctuations in numbers at 18 different colonies are included, and it is encouraging to see that there has been an six-fold increase in occupied Puffin burrows in Wales, from 4,255 in 1969–70 to 27,831 in 2015–19. Other noteworthy breeding birds include the Black Grouse Lyrurus tetrix, whose population has recovered as a result of recent targeted conservation action; the Eurasian Curlew Numenius arquata, which has been in decline since the 1950s; the Red-billed Chough Pyrrhocorax pyrrhocorax, which has increased in some coastal areas but shown a worrying decline at inland sites including quarries and the mountains of Snowdonia, and regionally important populations of birds such as Wood Warblers Phylloscopus sibilatrix, Pied Flycatchers Ficedula hypoleuca and Common Redstarts Phoenicurus phoenicurus in Wales’s Sessile Oak Quercus petraea woods; Hawfinches Coccothraustes coccothraustes in Meirionnydd and the Wye Valley, and the Little Ringed Plover Charadrius dubius breeding on shingle banks along rivers in South and mid Wales. Accounts for breeding species include a summary of all the available information except atlas data. The lack of maps, given several recent, relevant publications, is surprising and I can only assume this is due to the lack of tetrad-based information for some recording areas, although I could not find any discussion of this point in the text.

Wetland Bird Survey data for waterfowl are presented as five-year average peak counts for principal sites from the 1974/75 winter onwards, and these are accompanied by graphs showing trends in the Welsh index from 1966/67 to 2018/19. Most species initially showed strong increases but, regrettably, many have since declined. Particularly detailed coverage is given to the ‘Greenland White-fronted Goose’ Anser albifrons flavirostris, whose important population on the Dyfi Estuary, Ceredigion, reached peaks of 250 in the early 1960s and 167 in 1998/99, since when it has declined to just 17 in 2018/19, a pattern partly mirrored by the global population. Also of great interest is the account of the fluctuating fortunes and monitoring of the population of Common Scoter Melanitta nigra, which occurs in Carmarthen and Liverpool Bays. Aerial surveys have shown the latter area to be of much greater importance than previously realised.

Records of vagrants with fewer than ten occurrences are listed in full, while data for lesser rarities and scarce migrants are presented as a table of decadal totals, a chart of monthly totals and by recording area. Totals for each recording area are shown as a bold number imposed on a map of Wales, with those on offshore islands shown in parentheses. Unsurprisingly, the islands account for a high proportion of the records of rarities with Bardsey particularly to the fore.

The book concludes with an appendix of probable and presumed escapes, including Rose-ringed Parakeet Psittacula krameri, which doesn’t make the main text, and a comprehensive bibliography.

This volume appears almost 30 years since Wales’s first national avifauna and reflects much change. Knowledge of the status of many species has increased thanks to the greater number of birders and improved monitoring. Understanding of the effects of changes brought about by humans, particularly as a result of land-use and climate change, has improved. The Birds of Wales effectively synthesises the new information and sets it in the context of each species’ history in Wales. The book presents a thorough audit of the state of Wales’s birds in 2020 and looks forward, anticipating what may happen in the coming decades.

It is good-value and an essential purchase for anyone with even the slightest interest in birds in Wales, and for all conservationists and planners. There should be a copy in every public and school library in the country. For book collectors, it is another excellent addition to the large-format avifauna genre. 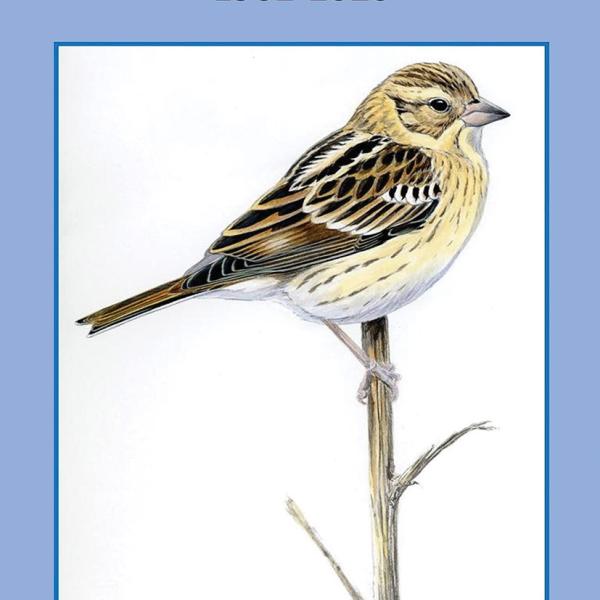 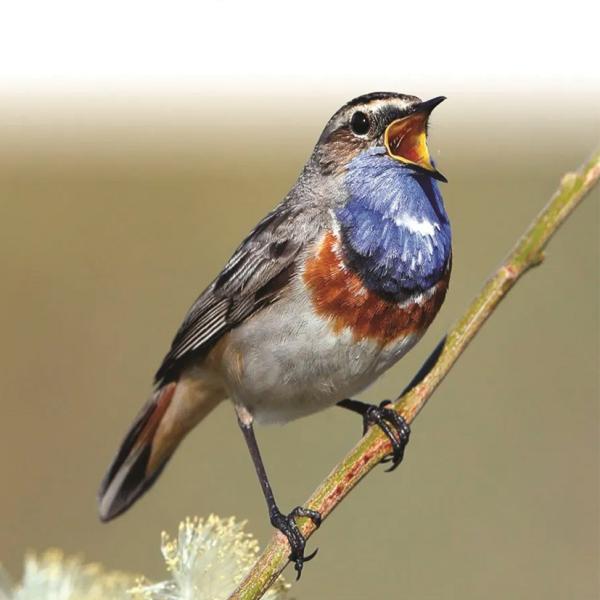 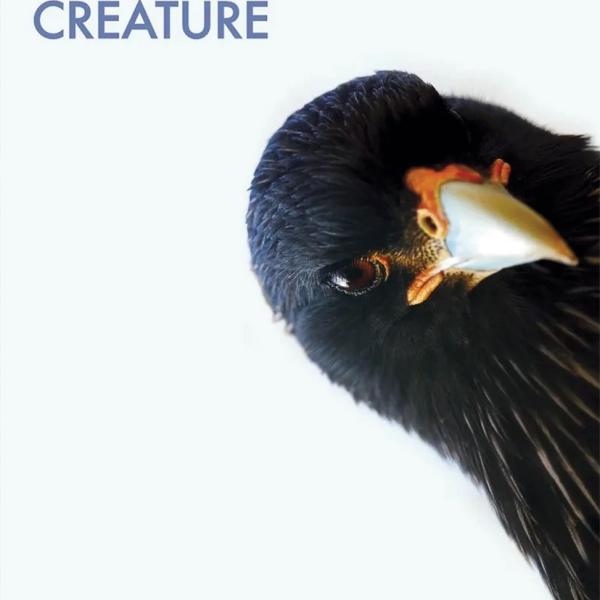