There was a time not so long ago when the colonisation of Britain by Cattle Egrets seemed imminent. Numbers of wintering birds rocketed, followed by breeding; then things slowed a little. As the 2019 Rare Breeding Birds Report shows, numbers are, again, on the rise. While we may not be seeing the exponential increase in breeding numbers that some of us might have expected, it does at least seem that the long-term trend in the number of Cattle Egrets (and other ‘southern European’ herons) breeding in Britain is on the up. Climate change is undoubtedly one of the driving forces behind the range expansions of many of these species.

On the other hand, a warming climate is also driving losses in species that are at the southern edge of their range in Britain, such as the Redwing. It’s easy to focus on these broad – and important – changes that cause large-scale shifts in breeding distributions, but local weather events are also a critical factor affecting many rare breeding species. Last year’s report made multiple mentions of the ‘Beast from the East’ winter storm, which took a heavy toll on several rare breeding species. As this report shows, those birds have made a partial recovery from 2018’s setback, but with such freak weather events predicted to become more common due to climate change, will these – and other – species eventually struggle to survive in an environment of increasingly unpredictable weather? The work of the Rare Breeding Birds Panel allows us to keep track of these changes, both short term and long term, and to take stock of what is happening to our rarest breeding species, be they on their way in… or on their way out.

705      A long-term study of Common Buzzards and other raptors on Colonsay and Oronsay, Argyll         David C. Jardine, Eilidh M. McNab and Martin Davison 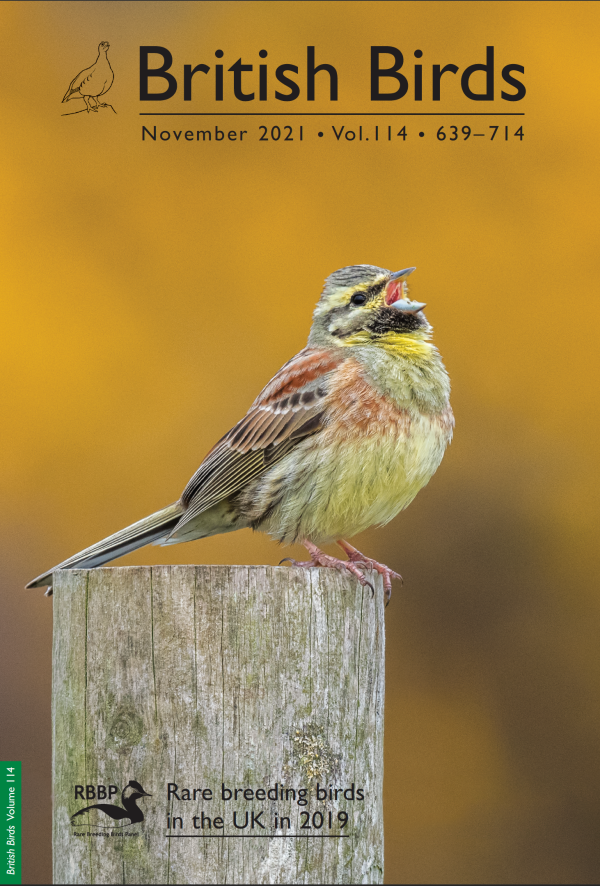