In June 2012, Pol Dewulf and I travelled to Pico, in the Azores, to photograph the endemic orchids. On Pico, we learnt about a colony of Cory’s Shearwaters Calonectris borealis and were recommended to visit the colony at night, when the birds return to their nests. Neither of us had ever visited a shearwater colony before, and were captivated by the experience: the noise, the large shearwaters flying past close enough to touch, some crash-landing on the narrow track in front of us, one even ending up on the roof of our car. We returned the following night, and tried to make some sound recordings but also asked ourselves whether it would be possible to photograph these birds in flight at night. We didn’t have a clue how to do it but the seed was planted. 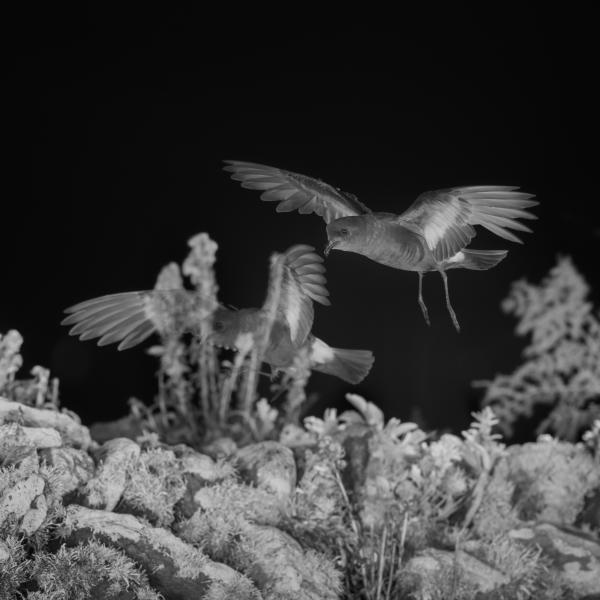 The Pembrokeshire island of Skokholm is much closer to my home in Belgium than the Azores and held the promise of huge numbers of burrow-nesting Manx Shearwaters Puffinus puffinus. It was an obvious choice for a first exploratory visit, in May 2013. Equipped with my digital camera and just one flash, I quickly realised that I was even more helpless than the Manxies sitting on the ground, trying to get airborne. How was I going to focus on the birds during a black, rainy night while holding my heavy camera in just one hand and a head torch in the other? Almost by accident, I managed to take a few photos of sitting birds. But in flight at night? That remained a dream. 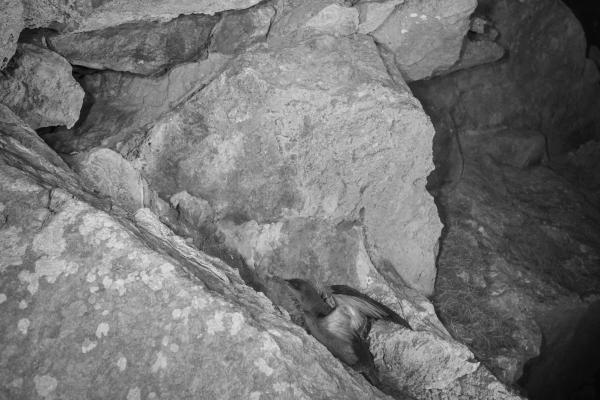 In 2014, I teamed up with French photographer Eric Médard to visit Skokholm. His book Passeurs de Lunes (‘Moon walkers’) summarises 25 years of experience with infrared night photography of bats, mammals and birds. On my return, I launched the idea of ‘Petrels by Night’ a project to photograph all the northwest Palearctic petrels and shearwaters in flight, at night, in their breeding territories. 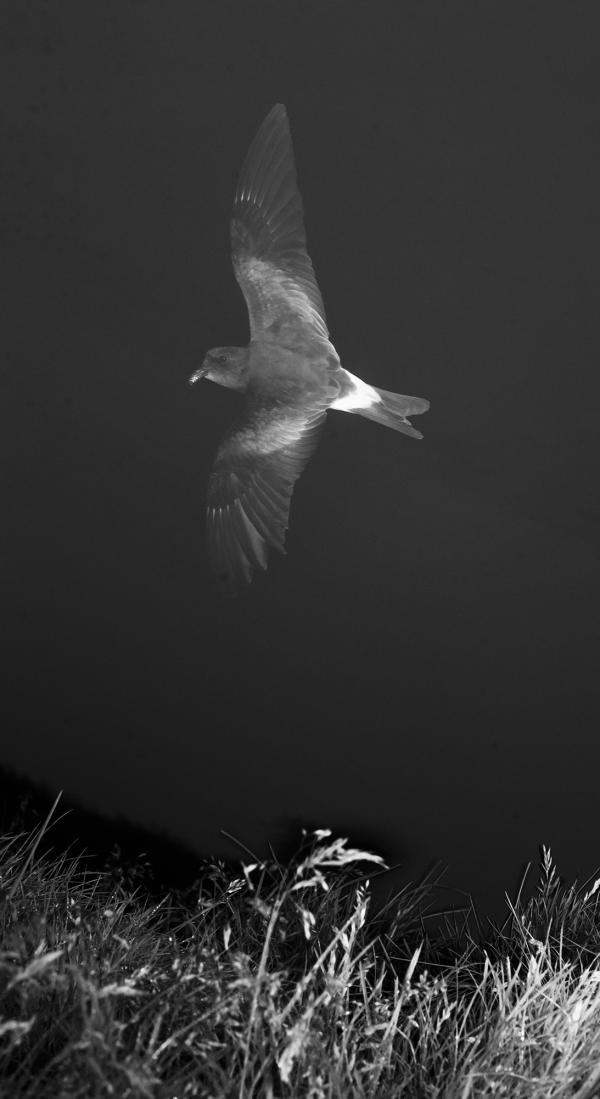 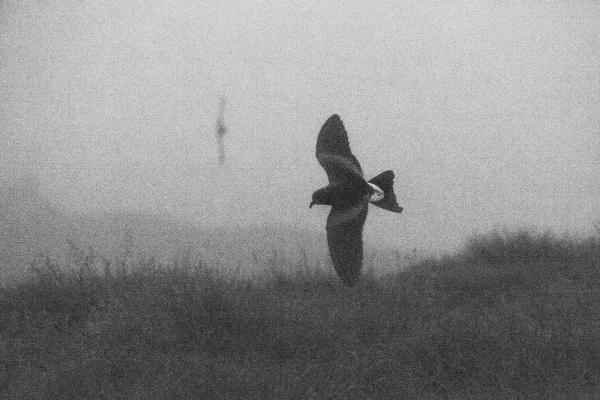 In 2017, PoI Dewulf and I returned to Skokholm. During that visit we realised that our flashes disturbed the flying birds. If we wanted to continue the project, we had to apply the techniques of infrared (IR) photography to capturing petrels and shearwaters at night. And we had to bring much more equipment into the field. The system we finally developed, in 2018, works with one or two IR-modified DSLRs, eight flashes in homemade, waterproof IR boxes, positioned on four tripods, and an IR triggering system for the flashes. The multiple technical failures encountered at the beginning of our infrared work have now been resolved, leaving us to concentrate on creating images which have never been taken before. Setting up the system in the field takes some time, and for each new species and site we have to adapt to a new environment and try to understand the nocturnal behaviour of the birds. 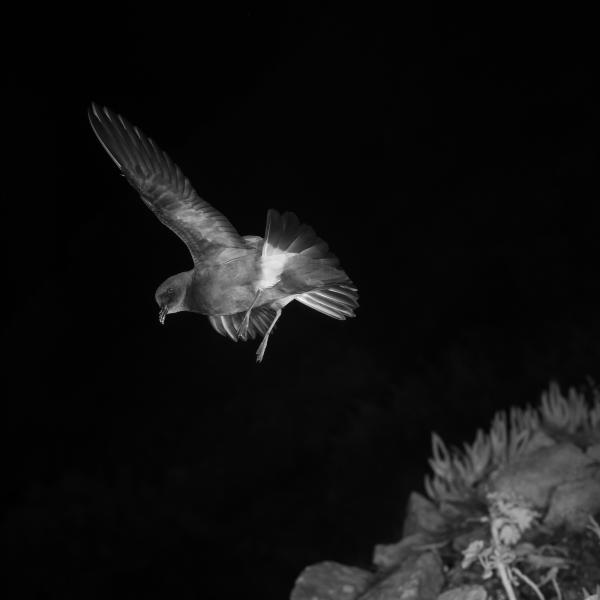 Our plans for the coming years are still being formed and, at the end of the project – perhaps after another five or six years of fieldwork – we intend to publish a book summarising our nocturnal adventures. In the meantime, the images are made available free of charge to parks, nature reserves, researchers and institutions, helping them to communicate about the species they protect. More pictures, project updates and a list of the project partners can be found at www.bartphotovercruysse.com 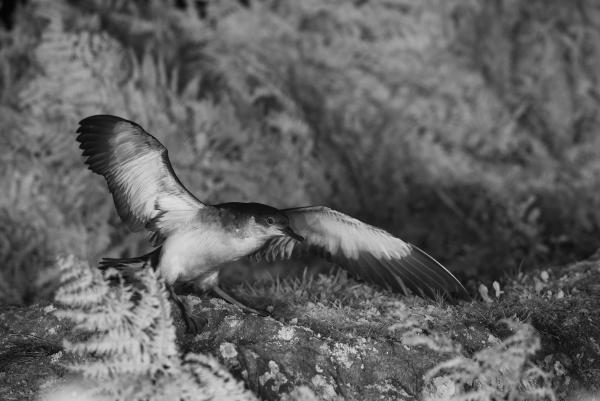 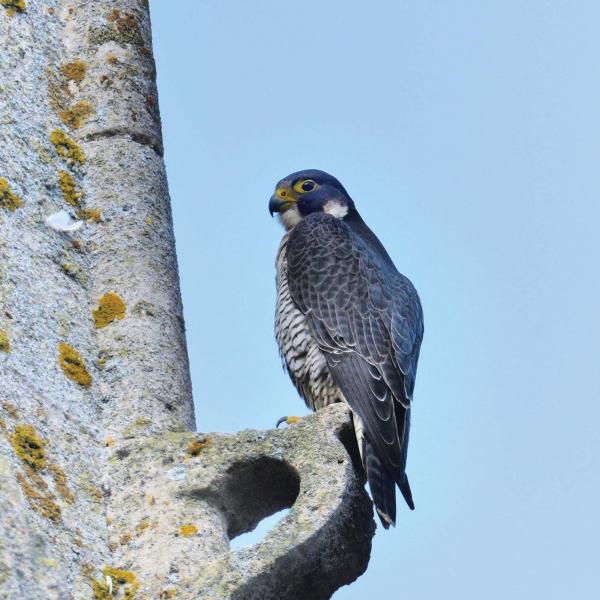 It was not DDT
Roger Riddington: an appreciation 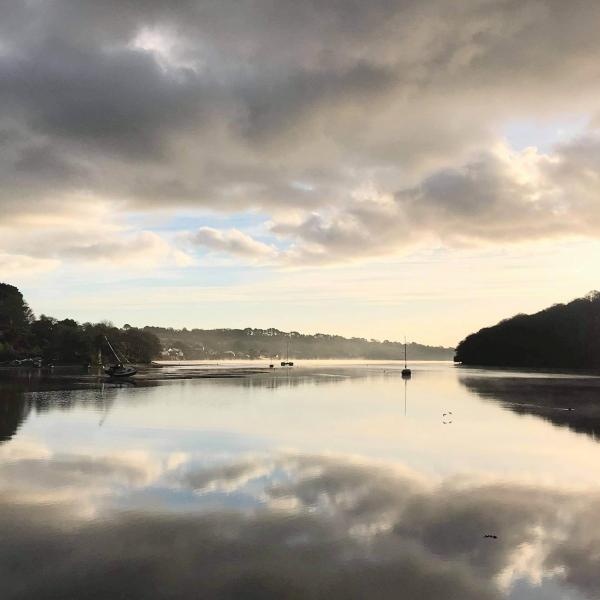 My patch: The Tremough 10k
BB eye: The value of historical county records