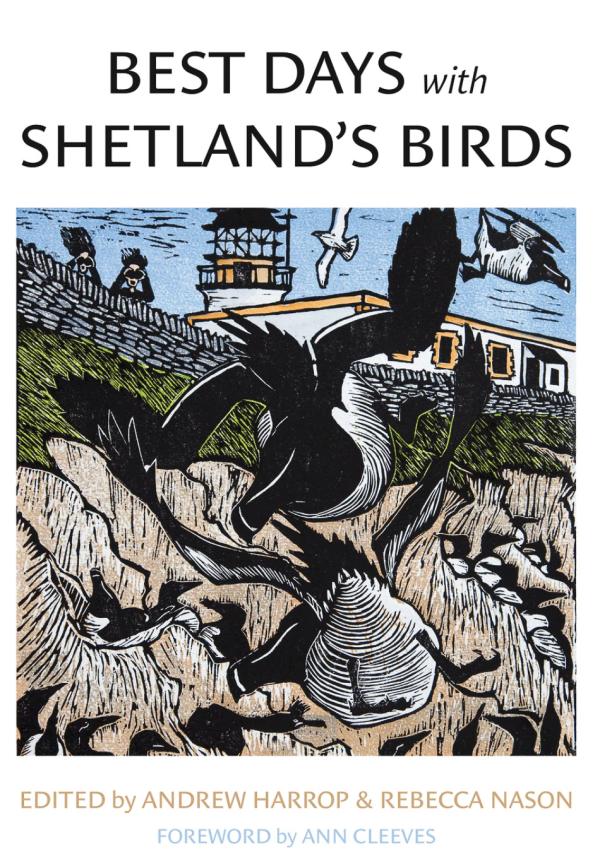 Although not mentioned, this book surely takes its inspiration from Best Days with British Birds, published by BB in 1989. This provided a showcase for stories about birds, a contrast to the journal’s more formal ornithological writing. The focus of this new book is within the bounds of the much smaller geographical area of Shetland, but the format and intention are the same.

Shetland casts a huge spell over British ornithology and has done so, as the editors point out, since at least the days of Eagle Clarke in the early twentieth century. My first visit there was in 1981 when, under the guidance of then Fair Isle Bird Observatory warden Nick Riddiford, I was lucky enough to enjoy the finer points of a Pallas’s Reed Bunting Emberiza pallasi. Since then, I have, like most of us, followed Shetland’s birds mainly at a distance, taking a largely vicarious pleasure in their unfolding stories.

These stories rightly belong to those fortunate enough to live there, and the editors have commissioned contributions from 30 of the islands’ most eminent birdwatchers. The result is a highly diverse and engaging set of recollections. Many recount the experiences of a single day, though others cover several days, a whole year, or even the highlights of a lifetime on Shetland. This deviates from the aforementioned work (and may represent a bit of ‘mission creep’ from the original brief) but the chapters nevertheless mesh together well.

The accounts are grouped according to season and, inevitably, many of the spring and autumn contributions document the finding of rare, sometimes very rare, birds, including such Shetland legends as Pallas’s Sandgrouse Syrrhaptes paradoxus and Hawk Owl Surnia ulula. The accounts vary greatly in their style but all express moments of undiluted excitement and joy. I was entranced, for example, by the story of the nocturnal trapping of two Swinhoe’s Storm-petrels Hydrobates monorhis on Fair Isle.

However, I found myself most drawn to some of the other, less rarity-oriented contributions, most notably Sheila Gear’s memories of a childhood on Foula and Roger Riddington’s somewhat wistful account of counting Black Guillemots Cepphus grylle in the happier days when Shetland’s breeding seabirds were in a far healthier state than they are today.

Working with a large number of contributors can be like herding cats but the editors have done a splendid job of regularising the English and producing an internally consistent set of texts. Editorial comments follow some of the accounts to add additional content and/or useful context. The editors seem to have successfully navigated the mires of birdwatching politics and produced something with a genuine community feel. Indeed, there is a very welcome effort to ensure a diversity of contributions and perspectives, such as those of the recently founded Shetland LadyBirders.

The layout is pleasing, with some fine photographs and artwork, mostly by the contributors themselves, and there are some truly iconic images, from a 1967 Dennis Coutts’ Fetlar Snowy Owl Bubo scandiacus to Rebecca Nason’s 2004 Fair Isle Rufous-tailed Robin Larvivora sibilans. The cover is a delightful and playful print by Howard Towll of auks hanging in the wind below Sumburgh lighthouse (and did I notice a Brünnich’s Guillemot Uria lomvia hiding in plain sight?).

We are a storytelling species, and birdwatchers are no different. This book is a wonderful celebration of place and a contribution to our collective folklore. It is a highly recommended companion for a dark winter’s evening.

Feathers: an identification guide to the feathers of western European birds

Birds of the Middle East