Deprecated: Array and string offset access syntax with curly braces is deprecated in /home/britishbirds/public_html/sites/all/modules/oauth/lib/OAuth.php on line 114 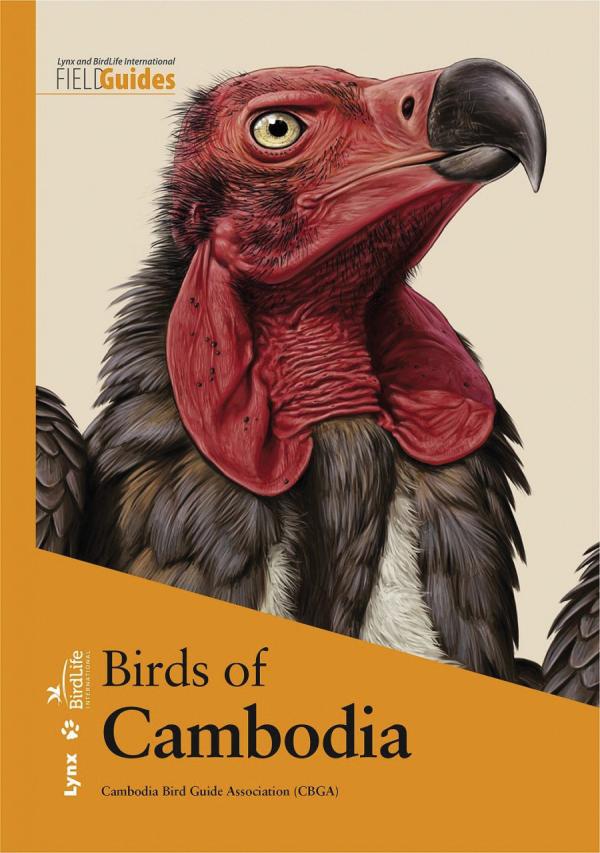 For many years Cambodia was ignored by birdwatchers, perhaps for fear of treading on one of three million landmines that are thought to remain from the Cambodian Civil War. The risk to most tourists from these is tiny, but birdwatchers need to explore the wider countryside, so there is a risk. However, having visited myself I was reassured that the main national parks are safe, and elsewhere there are marked trails – but it is not a country where you can simply wander off the path! Tourism has tripled in the last ten years, and over 200,000 UK visitors travelled to Cambodia last year – including many more birders than before. So this guide is timely.

If you avoid the rainy season, between May and October, then you can easily enjoy a great birding experience and by using members of the Cambodia Bird Guide Association you are more likely to have a rewarding visit. There are currently only two endemics found there – the recently described (and thankfully easy to see) Cambodian Tailorbird Orthotomus chaktomuk, and the more elusive Cambodian Laughingthrush Garrulax ferrarius, which can be found if you camp in the Cardamom Mountains. There are a further 15 near-endemics to look for in addition to some truly wonderful birds including the Critically Endangered Giant Ibis Pseudibis gigantea and White-shouldered Ibis P. davisoni.

Until now the only bird book for Cambodia has been Craig Robson’s A Field Guide to the Birds of South-East Asia (New Holland, 2000 and 2008 – now published by Bloomsbury). That remains a useful tool on any trip to Southeast Asia but needs updating and lacks distribution maps. This new guide from Lynx (in the BirdLife International Field Guides Collection) delivers everything you need and includes multicoloured general distribution maps. Texts of around 150 words per species cover status, habitat and behaviour, age, sex and geographical variation and voice, and likely confusion species are suggested. There are 123 colour plates with around 1,400 illustrations depicting 629 species. These are taken from HBW and groups such as waterfowl, waders and raptors are also shown in flight. Both sexes are illustrated where appropriate, a selection of juvenile and non-breeding plumages and some racial variations.

In common with all books in this series, the taxonomy used is that of BirdLife/HBW, so expect to find several near-endemic species here that are treated as subspecies if you follow the IOC or Clements taxonomy – such as Cambodian Blue Robin Myiomela cambodiana (split from White-tailed Robin M. leucura) and Cambodian Flowerpecker Dicaeum cambodianum (split from Fire-breasted Flowerpecker D. ignipectus), while waiting to be split is the Cambodian race of the Streaked Wren-babbler Napothera brevicaudata griseigularis.

Quick Response (QR) codes are included for each species linking to the HBW Internet Bird Collection gallery of photos, videos and sounds. There are also introductory pages outlining Cambodia’s habitats and key birding sites. This book contains everything you would want for a trip and once again Lynx have found a need and satisfied it.