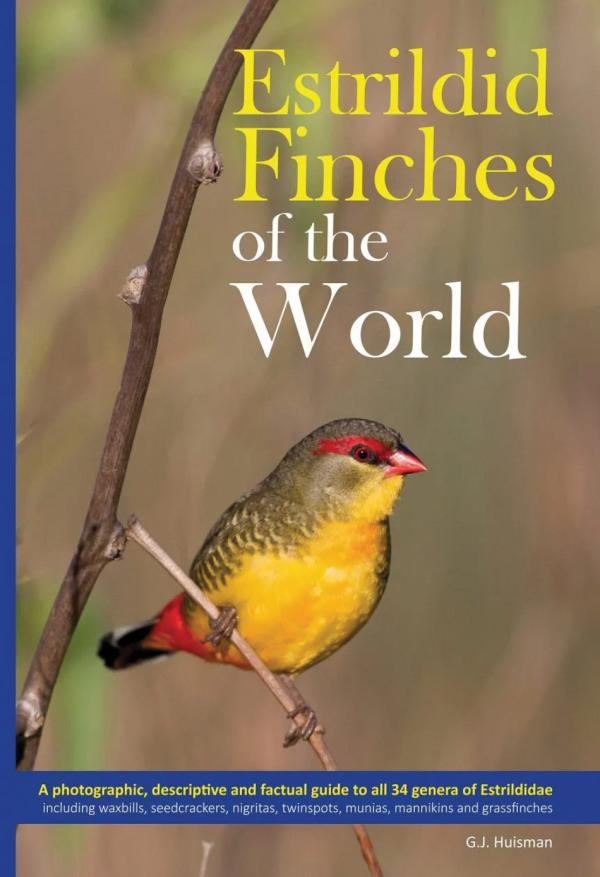 This lavishly illustrated title brings together a host of information on and images of the world’s waxbills, seedcrackers, nigritas, twinspots, munias, mannikins and grassfinches. Primarily a family of Australasia, Southeast Asia and Africa south of the Sahara, the estrildid finches are of interest to Western Palearctic birders by way of a handful of species that have established feral populations (e.g. Common Waxbill Estrilda astrild) or maintain a toehold on the extreme edges of the region (e.g. African Euodice cantans and Indian Silverbills E. malabarica).

For a self-published work, the layout and design are superbly executed. My only small niggle is that the species text begins in the right-hand column before jumping to the left, and this continued to throw me even after some time with the book. Otherwise, the maps are well presented (with different colours denoting the different subspecies’ ranges) and the text is clear and informative (with an overview of each species, its distribution, its appearance, and information on geographic variation, habitat, diet, breeding, behaviour, vocalisation and threats). Species accounts typically take up one double-page spread, with text on the left-hand side and photos on the right; for species where there is a considerable amount of geographical variation, the account runs onto four pages. The photos, which fill half a page each of this A4-sized book, are a joy to look at, not least because of the kaleidoscope of colours and patterns displayed by the various species. Even if the subject matter remains slightly peripheral to your interests, the magnificent images alone, which showcase the remarkable diversity in the family, are enough to make this title worthy of recommendation.

Feathers: an identification guide to the feathers of western European birds

Birds of the Middle East