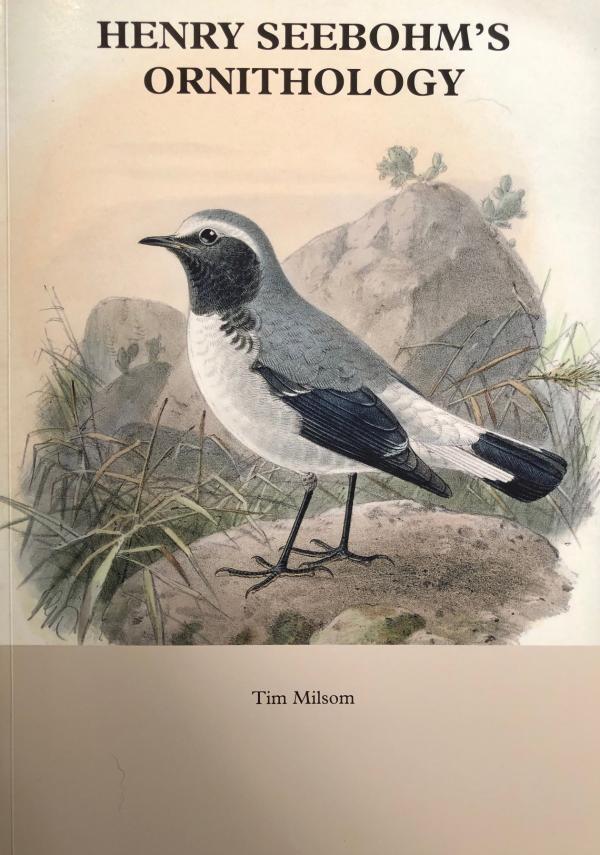 £40 plus postage, from Wildside Books: wildsidebooks@hotmail.com

This blockbuster of a book is outstanding, and if you have any interest in the history of ornithology, it is one you will want to have. Recent years have seen the publication of a number of biographies on eminent Victorian ornithologists and this ranks among the best. In this carefully researched, beautifully written, nicely illustrated and elegantly produced volume, Tim Milsom has produced a scholarly, readable, wonderfully comprehensive (and long overdue) tribute to a groundbreaking ornithologist. Some may be daunted by the size of this volume – which is self-published and therefore unconstrained by any commercial publisher – but don’t be: it is compulsively readable.

A Quaker and steel manufacturer based in Sheffield, Henry Seebohm (1832–1895) used his wealth to pursue a passion for birds. Described by Milsom as more of a ‘flawed genius than an ornithological hero’, Seebohm was one of several Victorian ornithologists who travelled widely to collect both skins and eggs, but who – unusually for the time – also pursued the study of living birds.

In an era when systematics, nomenclature and taxonomy defined ornithology, Seebohm was among the first to embrace Darwin’s evolutionary ideas to see the link between geographical variation and the way species are formed. Seebohm used trinomials to identify geographic subspecies and in so doing emphasised the ongoing nature of evolution. As Milsom explains, the key to the resurrection of Seebohm’s reputation is that his ideas were the basis for Ernst Mayr’s 1940s biological species concept – the issue of what constitutes a species and how they arise – that was to have such a powerful influence on our understanding of speciation, systematics and evolution. In the 1990s, Mayr acknowledged Seebohm’s crucial role in the development of his own ideas, and Milsom’s meticulous research now reveals how Seebohm came even closer to the biological species concept than even Mayr recognised.

Why has it taken so long for Seebohm to emerge from the shadows? The answer is complex, but boils down to two interrelated issues. The first is that many of Seebohm’s most innovative ideas were effectively lost because they were often presented willy nilly among a mass of other information. The second is his relationship with the eminent and influential Alfred Newton.

Sharing a passion for birds and collecting, these two men could hardly have been more different: Newton was independently wealthy, a conservative Conservative, university educated holding an influential position as Professor of Zoology at the University of Cambridge, while Seebohm, who as a Quaker had been denied a university education, was a smart, blunt-speaking Yorkshireman who made his living in industry in what was then the grubbiest city in England.

The two first met after Seebohm wrote to Newton in 1875 inviting him to see the spoils (skins and eggs) of his recent Siberian expedition. Newton couldn’t resist, travelled to Sheffield and was grudgingly impressed, as he revealed in a letter to a colleague. In that letter he also mentioned how T. H. Huxley (Darwin’s bulldog) had described Seebohm as ‘a born lecturer’ – something that Newton certainly was not, despite his academic position. Newton felt threatened by Seebohm, not just by his speaking skills but by his ideas, and conspired to destroy his reputation: ‘It is not so much that Seebohm is no scholar, but it is his way of making reckless assertions that is so reprehensible.’ In Newton’s magnum opus, his Dictionary of Birds (1896), Newton tried to erase Seebohm’s ideas on the classification of birds from history: ‘It is difficult to take as seriously as they were intended… the methods… presented… by the late Mr Seebohm.’

Milsom has restored Henry Seebohm to his proper place in ornithology. All proceeds from sales will be donated to natural history charities in memory of Milsom’s wife, Jennifer, who died in 2019.