As with any urban lake and open space surrounding it, there will be great demand to use it for recreational activities. It can be a considerable challenge to cater for these varied activities and interests. The Brent Reservoir, locally known as the Welsh Harp, is no exception. It was constructed in 1834–35 to provide water for the Grand Junction and Regent’s Canals. It has varied in size, from 79.2 ha in 1894–96 to, due to infilling, its present size of 50.6 ha.

From its construction right up to the present day, the site has received the attention of ornithologists. There is now an impressive run of data and information on the changing bird life of the reservoir and its surroundings, spanning nearly 190 years; a period that has seen the area become increasingly urbanised.

In the mid-nineteenth century, the reservoir was famous for its population of wintering Smews Mergellus albellus. From the 1940s to 1970s, numbers exceeded 100 birds during three different winters. The highest count was on 28th February 1956, when 144 birds were present. This was – and remains – the largest gathering of the species ever recorded in Britain. By the 1980s, numbers had dropped to single figures. During the current century, occurrences have been less than annual.

This reservoir is one of the oldest Sites of Special Scientific Interest (SSSI), having been designated in 1950, primarily for its breeding and wintering waterbird populations. The fact that it is still an SSSI, despite the surrounding urban sprawl, is due in no small part to the long-term dedication and work put in by volunteers over the decades, aided by grants from a variety of organisations, particularly in the 1980s and 1990s.

With sailing and canoeing being the main activities on the water, it was important that the wildlife – particularly waterbirds – was able to find refuge areas and suitable undisturbed nesting sites away from the water sports. The areas of the reservoir where the River Brent and Silk Stream enter have, as a result of silt brought down by the rivers, developed a variety of wetland habitats, such as fen, reedbeds and willow carr. Without intervention, extensive areas of wet woodland had developed in these areas by the early 1980s, and reprofiling work was undertaken to recreate the mosaic of habitats needed to support a variety of bird and other wildlife species. This work was carried out using earth-moving hydraulic vehicles and an Aquacat, a barge fitted with a bucket and hydraulic arm that can penetrate areas where land-based machines would not be supported.

The removal of silt extended the Northern Marsh open-water areas back by 200 m to the original entrance of the Silk Stream into the reservoir, and a channel and two large pools with islands were created. Several refuges have been created in both the Eastern and the Northern Marshes by cutting off access to the water’s edge via canals, which have created disturbance-free islands. Extensions to the reedbeds have been achieved by transplanting large chunks of Common Reed Phragmites australis.

In addition, a Mudcat suction dredger was used to remove some 12,000–15,000 cubic metres of silt to make the refuges deeper in places and to create a better balance of open water to marsh. The dredger sucked up the silt from the reservoir bed and pumped it though pipes to be released into settlement lagoons built nearby.

Willows Salix have been removed from the main island in the Eastern Marsh, and 80 tons of shingle were deposited there by the Environment Agency to create a wader scrape and loafing area for ducks. This has been recolonised by vegetation, which now needs to be thinned out as part of the management work scheduled for next year.

Part of the reprofiling work involved creating screening for the refuge areas from the water-based recreational activities. This included creating 24 nesting rafts across the water in front of the Eastern Marsh to provide safe nesting sites, which would rise and fall with the fluctuating water level. A colony of Common Terns Sterna hirundo subsequently became established at Brent Reservoir as a result of this work.

Later, three much larger nesting rafts were added from an old jetty donated by the Sailing Association and a further six were purchased with Heritage Lottery Fund money. Some of the older rafts now need replacing and the Canal and River Trust is planning to provide some new ones this coming autumn.

Finally, persistent lobbying about the pollution and rubbish entering the reservoir resulted in the construction of ‘trash traps’ and Hoyle booms on the River Brent and Silk Stream. The Silk Stream set-up, which started functioning in the spring of 1989, is automatic. It did a good job of reducing the amount of rubbish and oil entering the reservoir but, in recent years, due to funding cuts, the Environment Agency has not been able to empty the trash traps and Hoyle booms regularly, resulting in significantly increased rubbish and oil entering the reservoir again. Perhaps not coincidentally, the same period saw a significant decline in the breeding populations of Common Terns and Great Crested Grebes Podiceps cristatus.

Much of the management was made possible by grants to the Welsh Harp Conservation Group from the then Greater London Council, Barnet Council, Brent Council, English Nature and the Heritage Lottery Fund.

More reprofiling is urgently needed and the Canal and River Trust is providing money to start this work in the Eastern Marsh. Unfortunately, Barnet Council, ignoring valid conservation objections, has given planning permission for a large footbridge to cross over the centre of the Northern Marsh Wetland, which will render the area ineffective as a refuge and will severely damage this part of this 70-year-old SSSI without apparent reasonable excuse. If the bridge cannot be stopped, it is imperative that Natural England demands maximum ecological mitigation measures for commensurate biodiversity gain adjacent to the Northern Marsh. However, with a change of council in the last election, there are hopes that things will improve.

With the increasing number of people using the reservoir and its surrounding open space, maintaining the SSSI status of the reservoir will continue to be extremely challenging. However, with an increasing number of dedicated volunteers acting together and much appreciated financial support and other help from the Canal and River Trust, it is hoped that it will continue to provide recreational opportunities for people and at the same time remain an important attraction for birds and other wildlife for a long time to come. 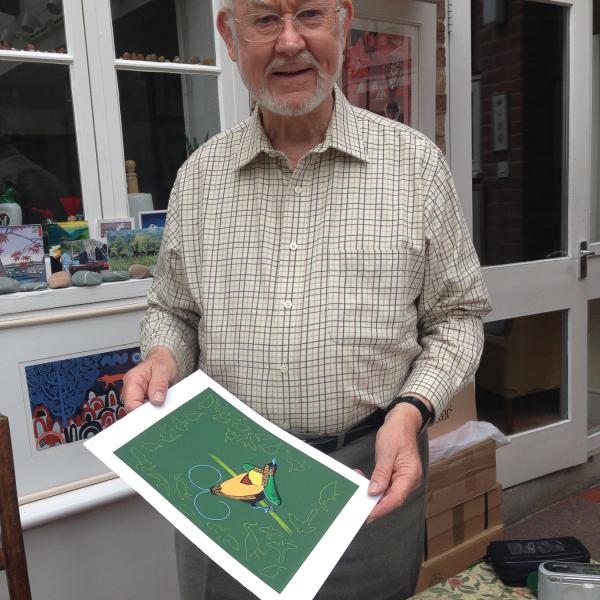 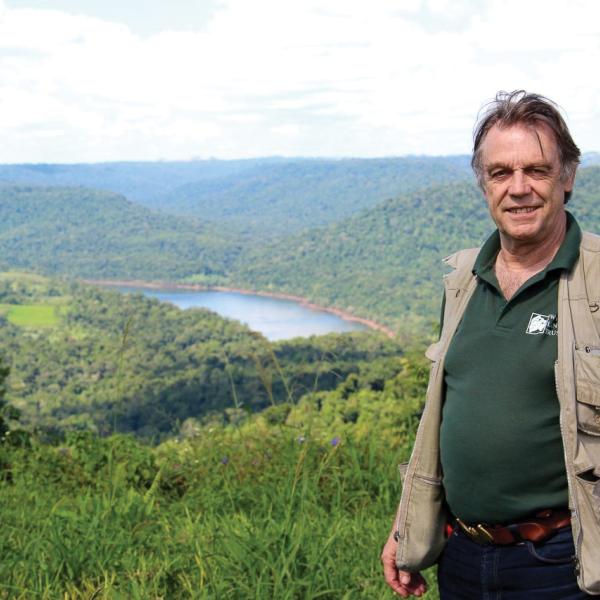 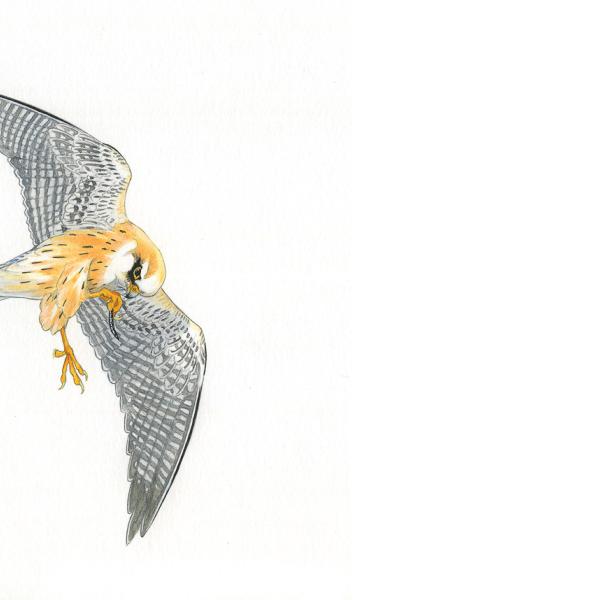 Report on scarce migrant birds in Britain in 2020 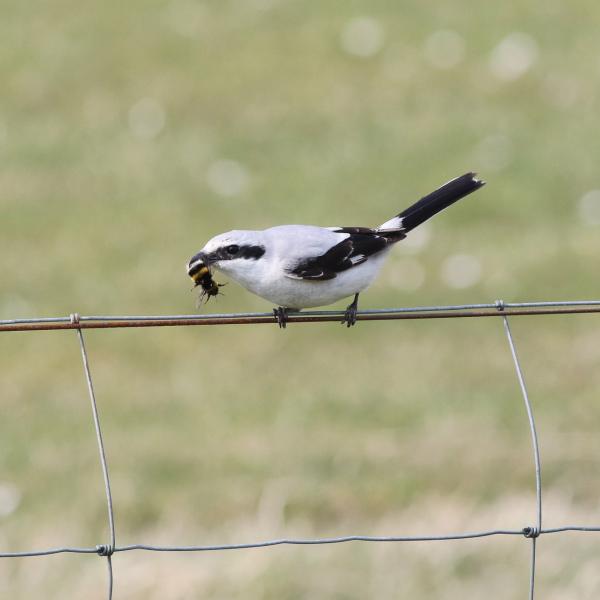 Probable breeding of Great Grey Shrikes in Scotland in 1969