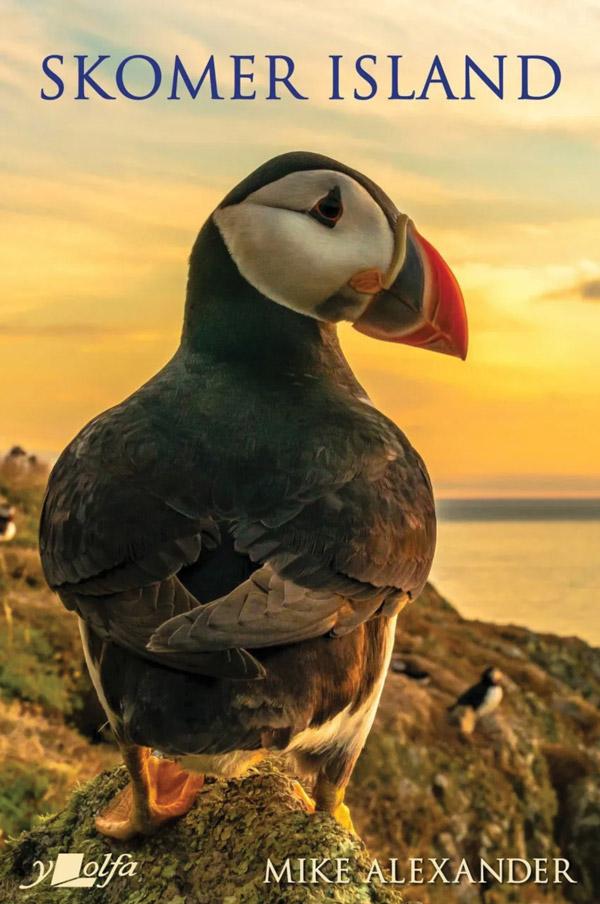 Seabird islands are special places, and none more so than Skomer off the western tip of southern Wales. Mike Alexander has produced a blockbuster of a book that provides a comprehensive and enticing account of this extraordinary place. Most readers of British Birds will think of Skomer as an island of seabirds and, in this respect, it is the jewel in the Welsh crown; but it is much more than just that. Skomer has a long and fascinating human history and Mike Alexander tells the story using photographs from his own archive, from previous owners, and from visitors, with images stretching back as far as the late 1800s. Together with a decade of research, he provides a wonderfully rich and readable account of the culture, archaeology, botany and zoology of the island.

In 1946, Ronald Lockley and John Buxton, recently released from a German prisoner of war camp, spent the summer on Skomer, where they conducted a survey of its biological riches. The result was The Island of Skomer, published in 1950. The present book is its worthy successor, reflecting the remarkable changes in approach, images and information over the intervening 70 years.

The author has had a 60-year association with the island. He served, with his wife Roseanne, as its warden for ten years (1976–86), and, later, worked for both the Countryside Council for Wales and Natural Resources Wales and was instrumental in creating management plans for nature reserves across the world. One of the things that shines through this book is Mike’s deep love of Skomer and his overwhelming desire to see its wildlife cared for – in perpetuity.

In common with a small number of other UK seabird islands, Skomer (a National Nature Reserve) manages to combine being a major visitor attraction (16,000 visitors a year) with encouraging research, especially on its seabirds. Much of that research is rooted in conservation and includes monitoring the numbers, survival and breeding success of different species. Indeed, Skomer is one of a handful of UK sites that serves to keep an eye on how its seabirds are doing through the JNCC’s Seabird Monitoring Programme. The first seabird counts, made in the 1960s by Skomer’s first warden, David Saunders, revealed that the island’s auk populations were in decline. In an attempt to understand the cause, the Edward Grey Institute in Oxford decided to have DPhil students study the population biology of the Razorbills Alca torda, Puffins Fratercula arctica and Guillemots Uria aalge there in the early 1970s. Some of those studies, including my own on Guillemots, have continued each year since. Overall, these and other seabird projects on the island have generated an invaluable record of changes in numbers and population biology over time.

On the face of it, Skomer seems like – to steal a phrase from Ronald Lockley – a dream island, with visitors, researchers, wardens, staff and the UK and Welsh government-sponsored bodies all working in perfect harmony. They do – up to a point – but as with many nature reserves, funds are hopelessly tight and a constant source of concern. The seabird monitoring, for example, is modestly funded by JNCC and NRW (and for one species, by public donations), but what is achieved is far beyond what one might expect from the official financial input. This is true in terms of quantity, but also in terms of the excellence and reliability of the data, since those involved ensure a greater degree of quality control than is often the case. In this respect, as Alexander points out, Skomer punches far above its weight, largely because of the reciprocal relationship between the island management team, the academic researchers and the numerous volunteers. As a result, Skomer has a longer run of high-quality data on its seabird populations than almost anywhere else in the UK. To quote Mike Alexander: ‘I cannot over emphasise the essential nature of the research and monitoring that has been carried out on Skomer. It is not an exaggeration to claim that the work undertaken on Skomer has influenced our entire approach to UK seabird monitoring and conservation… I wish that politicians and government organisations… could also understand and recognise the significance of and essential need for research and long-term monitoring.’

Skomer Island is a beautiful, informative and powerful volume.