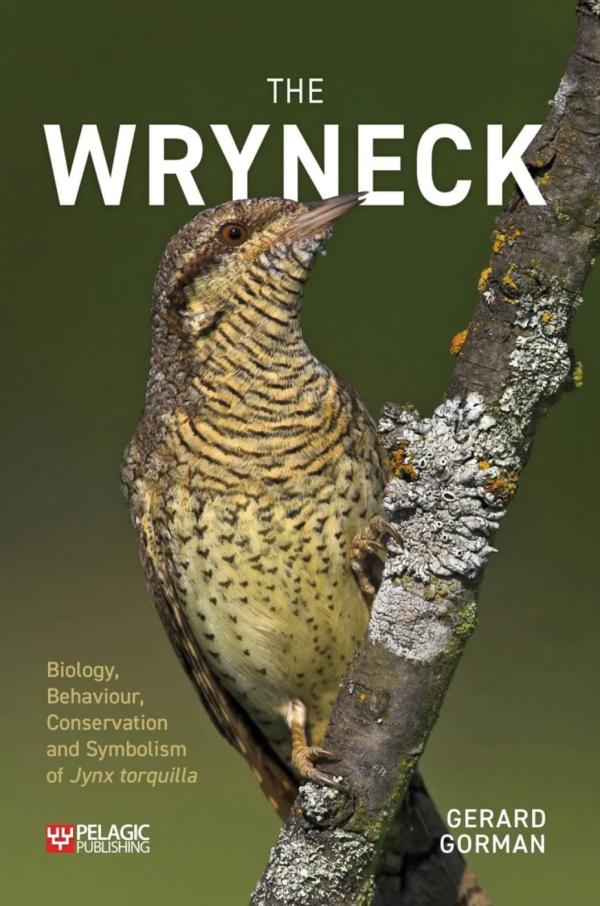 Until now, the only published work on the Wryneck Jynx torquilla has been Heinz Menzel’s 1968 100-page monograph Der Wendehals, available only in German, so this new book is a welcome arrival. It includes both a review of past literature and plenty of original research by the author himself. Indeed, nobody has done more to put woodpeckers on the map in recent years than Gerard Gorman, who has written six books on woodpeckers prior to this – including monographs on the Black Woodpecker Dryocopus martius and Green Woodpecker Picus viridis.

The gradual disappearance of the Wryneck from England as a breeding species began over a century ago and reached its sad conclusion in 1985, when the last pair nested, while a few lingered in Scotland until the very early 2000s. It still remains unclear as to why the birds disappeared from here so long ago and, in parallel, have declined steeply in west and central Europe while remaining more common in the east and south. Gorman suggests that maybe the problem lies mostly in the African wintering grounds. Gorman is good at explaining such hypotheses in an uncomplicated way.

The introductory chapters introduce the species through a wealth of information on taxonomy, anatomy, morphology, plumage, identification, vocalisations, moult, ageing and sexing. There is also a section on the Red-throated Wryneck J. ruficollis, which is resident in 20 African countries south of the Sahara. Other chapters cover distribution, status, population estimates, migration and habitats. A lot of detail is given on how populations are faring in each country, with a wealth of information from Europe, but many gaps in Asia where data on breeding and wintering numbers are sparse.

A significant part of the later pages focus on breeding and conservation. Gorman has put out many nestboxes for Wrynecks, and clearly this is a good strategy in areas where natural tree cavities are few. The book is full of information, clearly subdivided into smaller topic sections to make it very accessible. There is also a fascinating chapter on folklore, mythology and symbolism. A lengthy bibliography of around 400 references shows that this species has attracted interest in both the breeding grounds in Europe and on migration. Gorman comments that many published studies are of birds using nestboxes, and that more research is needed from natural nest sites.

I enjoyed reading this book. The inclusion of around 120 good-quality photographs makes it both an easy and an enjoyable read.  It reminded me that this most-unlikely of woodpeckers still holds a fascination for most British birders. How far would you travel to see one? I bet it is further than you’d initially think!

Migration Strategies of Birds of Prey in Western Palearctic